The ocean technology sector in Nova Scotia has experienced impressive growth in both the number of startups and the popularity of the industry over the past few years.

The Institute for Ocean Research Enterprise states that ocean-related activity in Nova Scotia generates $5 billion in revenue and creates 60,000 jobs – accounting for 14 percent of the province’s employment. Nova Scotia is also home to the Bedford Institute of Oceanography, which is considered the largest centre for multidisciplinary ocean research in Canada.

Nova Scotia’s ocean tech industry recently received a boost of support with the announcement of the Centre for Ocean Ventures and Entrepreneurship (COVE) in Dartmouth. COVE will create a hub for ocean technology innovation by bringing together researchers, industry leaders and entrepreneurs.

Regional activity in the sector includes the University of New Brunswick opening the Marine Additive Manufacturing Centre of Excellence, a metal 3D printing lab that will create parts for the marine industry, and the announcement of Atlantic Canada being shortlisted for the Federal Government’s Innovation Superclusters Initiative.

With strong cultural ties to the ocean, it’s no surprise that Nova Scotia startups are making waves in the industry. We’ve pulled together a list of the top Nova Scotian ocean-related tech startups to watch in 2018. 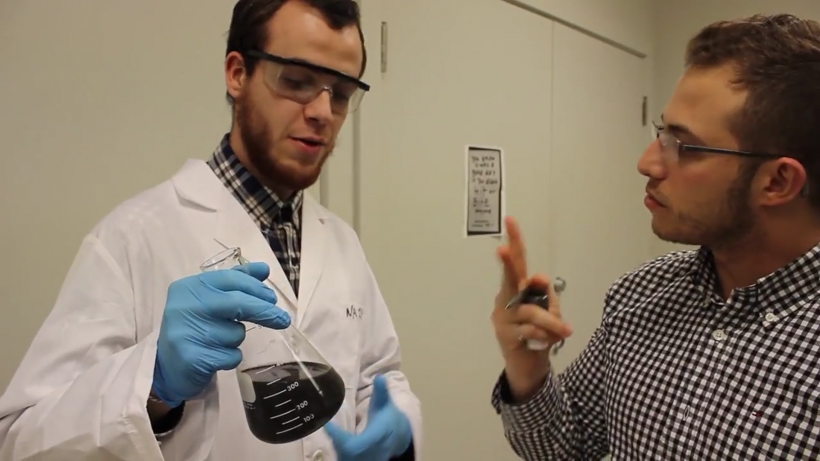 Founded in 2017 at Dalhousie University, Graphite Innovation and Technologies (GIT) is a Halifax-based startup that is disrupting the graphene industry. Co-founders, Mo AlGermozi and Marciel Gaier have discovered a new, more affordable way to produce graphene in commercial quantities.

One of their proprietary products includes GrapheneCoat™ – an “anti-biofouling” marine coating that protects ship hulls from corrosion to help increase fuel efficiency and extend the life of boat hulls.

GIT was one of this year’s demoers at Volta’s DemoCamp event. Since then, GIT has pitched and won at the Global Marine Technology Entrepreneurship Competition in Halifax, presented to investors at BlueTech PitchFest in San Diego, and received funding from two Innovacorp programs, the Clean Tech Accelerate Program and the Blue Solutions Start-Up Challenge.

Ashored Innovations is a recently established startup, founded by three Saint Mary’s University graduates, that aims to increase the yield and income of lobster and crab fishers through a smart lobster trapping system.

According to Ashored’s website, the current method for baiting, setting, tracking, and re-setting lobster and crab traps is expensive and inefficient – traps are often empty when checked and data is tracked in paper journals.

The startup plans to solve this problem through an automated lobster trap that features an “emergency buoy retrieval system” to decrease the likelihood of losing traps and marine life entanglement.

Established in late September 2017, Ashored is already on an upward trajectory. The startup has a prototype set to launch at the end of this year, and they recently won the top prize at Dalhousie University’s Collide Fall 2017 Pitch Competition. One of Ashored’s co-founders, Ross Arsenault will also take the startup through the Next 36 program this summer. 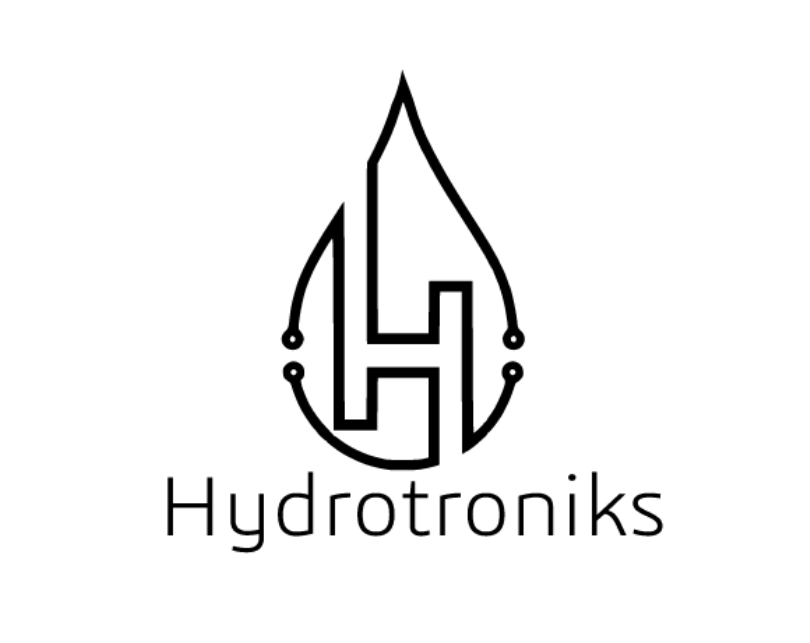 Hydrotroniks is a Nova Scotian startup creating electric drive systems and other proprietary technologies for pleasure and commercial boats. The startup works with clients to offer clean alternatives to current boat engines by retrofitting boats with electric energy storage and propulsion components. They also coordinate refueling and charging station installations, and partner with academic institutions on energy storage research initiatives.

In an interview with Cape Breton Post, the startup’s co-founder, Scott Aucoin outlined their goal to develop a technology that would reduce fuel costs for fishers – one of the largest expenses associated with the profession – and offer a quieter solution to the typical noisy boat engine. Because Hydrotoniks’ method doesn’t produce emissions, Aucoin says their products have an advantage over current diesel engines that are facing increasingly strict regulations. 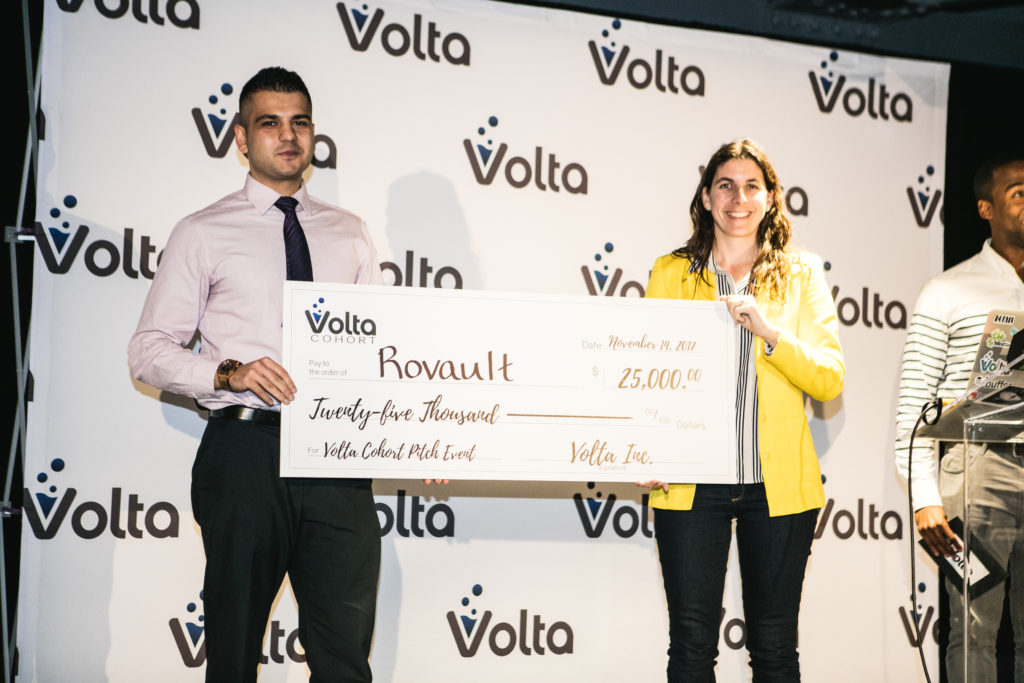 RovaultAI is a startup that has developed an algorithm-based visual recognition software designed to identify seafood species based on characteristics such as size and health. Rovault is currently targeting shrimp processing plants with their technology, and according to Entrevestor, they have already captured the attention of Louisbourg Seafoods, one of Atlantic Canada’s largest seafood company.

The startup’s goal is to reduce waste by sorting through rejected piles of shrimp, and eventually other seafood, to find good meat that would normally be thrown away. Given that large portions of meat is often wasted during processing – Louisbourg reportedly processes nearly 70,000 to 100,000 pounds of shrimp daily, but only 25 percent of that shrimp is used – even a small improvement in the yield can make a big difference for the seafood industry.

Rovault was recently selected to be a part of the first Volta Cohort, receiving a $25,000 investment from the micro-fund co-founded by BDC Capital, Innovacorp, and Volta. The startup also received $10,000, resources, and guidances from Innovacorp’s Ocean and Clean Technology Program, giving them the opportunity to pitch their business for a chance at an additional $50,000 in funding. 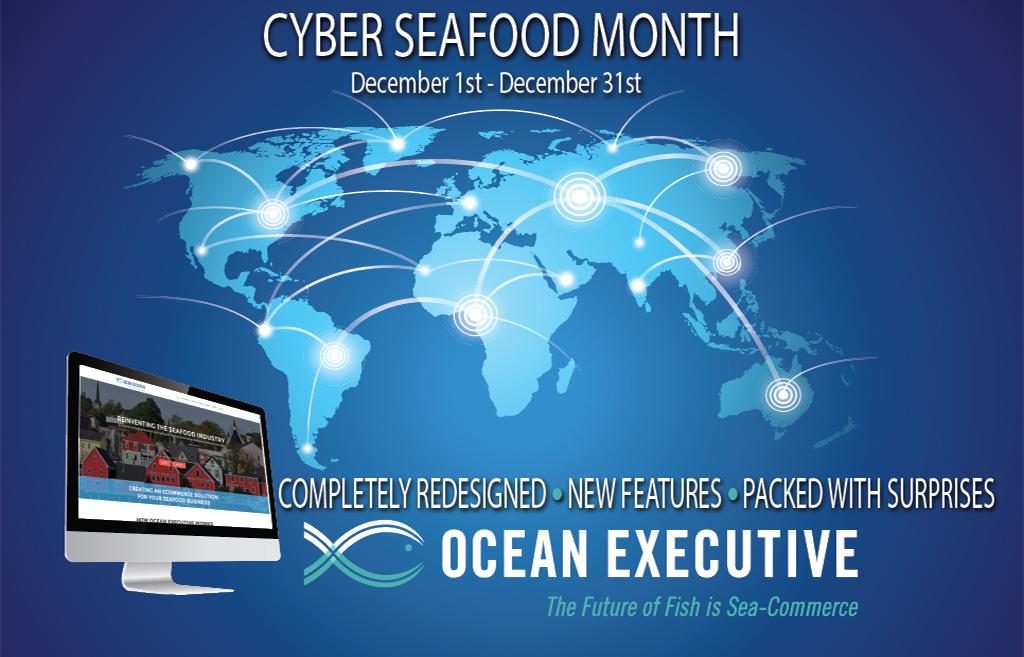 Ocean Executive Inc. is a Halifax-based startup – and another demoer from this year’s DemoCamp Halifax – that has created a new way for seafood industry professionals to gain new business by connecting them with buyers from around the world. The startup has developed an ecommerce sales and procurement platform to improve efficiency in the seafood supply chain.

The Ocean Executive platform allows sellers to post their available stock and then matches them with buyers who bid on the product. Once a buyer and seller agree on a price, the deal is closed and Ocean Executive receives a portion of the sale. The platform is also open to “market players” who pay a monthly subscription to access new sales channels in strategic locations.

The Ocean Executive platform features a fully customizable workstation and allows users to access reports on market information and industry trends. Ocean Executive recently launched an open beta-test, which saw 400 users from around the world sign up. Entrevestor reported that Ocean Executive signed two enterprise software licensing agreements with major clients in the Netherlands and in New York City. 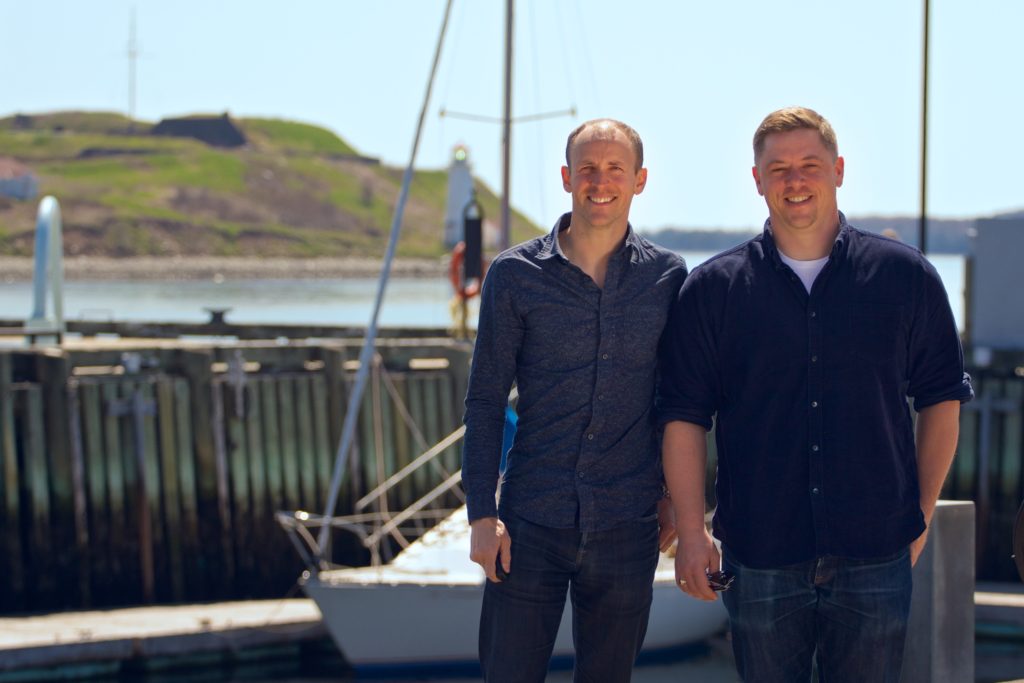 Swell began three years ago with the goal of creating an app designed to help boaters by tracking ocean and weather conditions and aiding their navigation. After realizing the market for consumer apps was a shrinking opportunity, co-founders, Iaian Archibald and Craig Sheppard pivoted in 2015 to steer the company in its current direction.

Earlier this year, Entrevestor reported that Swell raised US$100,000 in equity financing from the Port of San Diego, which included an agreement to develop the technology for a smart marina. More recently, they were chosen to participate in Innovacorp’s Early Adopter Program.

While this isn’t a Nova Scotian startup, we thought Seaformatics Systems Inc. was too cool not to receive an honourable mention. Seaformatics Systems creates “power harvesting and wireless communication products for the ocean monitoring industry.” The company is currently preparing to ship their latest consumer product the WaterLily. 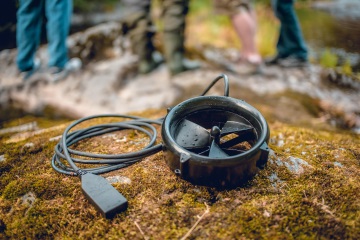 The WaterLily is a “miniaturized” version of their technology that will allow people to use their patent-pending, low-speed turbine while enjoying the outdoors. The Waterlily uses water or wind to power an output for charging USB devices through a 12-foot charging cord.

Seaformatics Systems launched a Facebook video of the 3D printed WaterLily prototype and received over 20,000 views on the first day, and was later featured by the Discovery Channel on an episode of Daily Planet. 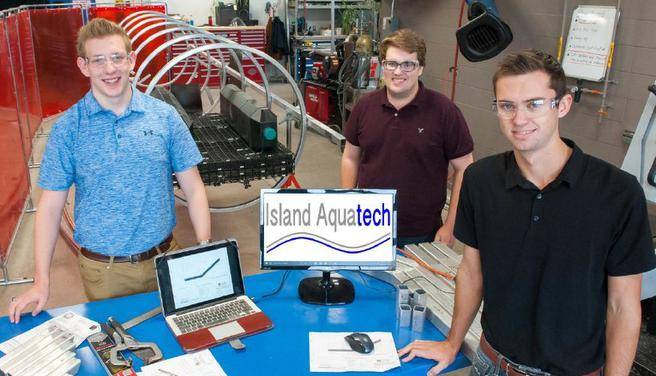 It’s clear that Atlantic Canada is home to an abundance of innovative ocean tech startups, and Island Aquatech is certainly one of them.

Island Aquatech is a Charlottetown-based startup, co-founded by three University of Prince Edward Island (UPEI) engineering students, who, according to Entrevestor, built the business entirely on the UPEI campus between classes and in their spare time using resources provided by the university and its engineering department. The startup has created equipment to flip oyster cages, which can reportedly weigh between 200 and 300 pounds.

Floating oyster cages are routinely flipped to ensure sunlight kills any parasites that may attach themselves to the oysters. Co-founder, Jordan Sampson explained in an interview that flipping oyster cages is a labour-intensive process that includes two or three people “doing 200-pound deadlifts for 10 to 12 hours a day.”

The oyster farming industry is a major contributor to Island Aquatech home province’s economy – P.E.I. accounted for about 30 percent of Canada’s $11.7 million “annual average farm-gate value” (a product’s value once it’s sold by the producer).

Recently, Island Aquatech raised $20,000 from Springboard Atlantic and another $25,000 from Innovation P.E.I.’s Ignition Fund. The startup was also selected to be a part of the first cohort for Creative Destruction Lab Atlantic in Halifax, which is helping their team develop the business. Next year, Island Aquatech will complete its boat attachment design after successfully testing their prototype this winter.

The development of the ocean tech industry in the region has helped Nova Scotia emerge as a hotspot for ocean innovation. With increasing support for ocean-related business and the proximity of premier research facilities, Nova Scotia is poised to be a world leader in cultivating the creation and growth of ocean tech startups. And, if these startups are any indication, the future is bright for ocean technology in Nova Scotia. 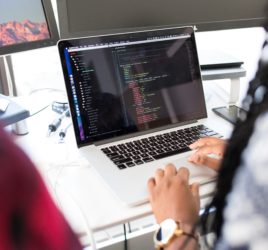 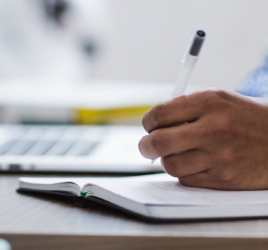 Intellectual property considerations for startups at every stage 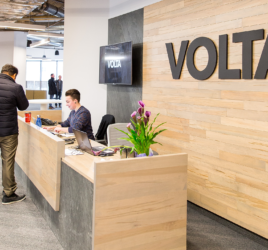 Join our team as a marketing strategist