Volta was the Atlantic region host for SportsHack and we had a blast with our teams!

Eight teams participated from across Atlantic Canada. These teams included programmers, developers, designers and students. They worked on creating innovative, market-ready applications to solve this year’s SportsHack challenge: Create something with big data to increase fan engagement for the Canadian Football League.

First, we want to give a big thanks to our regional sponsor and judges!

Our regional sponsor, GOALLINE, is a sports network with over four million players and parents. Their sports management software covers registration, tournaments, governing bodies, statistics, officials, schedules, clubs and leagues. GOALLINE has been providing sports management for over 10 years to teams, clubs and leagues all over North America and we’re proud to have them as our sponsor! GOALLINE’s commitment to sports is obvious from their product to their presence on social media, and were a natural fit to help make SportsHack 2015 happen in Atlantic Canada.

Our regional judges were a great cross section of both the Atlantic ICT sector and sports community. We were proud to have them!

Julia Rivard, a senior partner at Norex, comes from a sports, marketing and design background. Julie competed in the 2000 Summer Olympics in Sydney, Australia as a member of the Canadian Canoe/Kayak team. She continues to stay involved in sports and has worked as the Team Services Officer for both the Beijing and Vancouver Canadian Olympic Committee. Julia is a graduate of both NSCAD and Dalhousie University, mixing her experiences in communications, business and design to build partnerships and find opportunity.

Gord Dickie is the President of GOALLINE and has a long hockey history, having played in the Ontario Hockey League for the Kitchener Rangers. Gord harnessed his interest in computer science and management to start GOALLINE, the sports administration software company that helped make SportsHack happen at Volta as a sponsor.

Shaun Johansen is the Co-Founder and Chief Technology Officer of Eyeball Inc., a software startup that has developed a social network app catered to the amateur sports community. Shaun has designed software solutions throughout his career from low level computer graphics and server solutions to web architectures and operating systems.

Our regional judges had some serious deliberation between them to pick the three regional winners!

Support your favourite CFL team by working out! RAMM calculates the average calories burned by your team’s players during a game and sets it as your target workout goal. With this application’s leaderboard, you can see how each team is supported and how well your team is supported on average. RAMM gives fans more motivation to support their team and the CFL can target merchandise to their fans.

Draftstars is a multi-sport fantasy platform designed to recruit existing sports fans from other sports/leagues to the CFL by incorporating players from different teams and positions in one league and roster to create a level playing field. The app scales the performance of players regardless of sport so that each player is awarded points based on individual performance.

Chuck & Duck is Tinder for play-by-play predictions. Swipe left or right where you think the ball will move. Collect a prize at the end of each quarter if you make the most correct predictions. Chuck & Duck helps engage fans within the digital stadium and onscreen.

Big Data University offered an additional prize for “Most Innovative Use of Big Data”. Our regional team Fan Booster won $800 for their app, a social media dashboard for fans to predict game outcomes. This app compares their predictions with Twitter activity.

A few statistics of our own…

All the Big Data analytics in the air has us inspired to check our own statistics:

#SportsHack15 became a Top 10 Trending Topic in Canada on November 27.

During the two weeks before #SportsHack15 started on November 27, there were 464 users that made more than 1,000 tweets/retweets with the hashtag.

Of the 566 total original tweets, Volta produced 150 tweets, making Volta the originator of 26.5% of #SportsHack15 content before the event.

Over 600,000 people potentially saw the #SportsHack15 between its first mention and when it became a trending topic.

Ryerson University’s Office of the Vice-President of Research & Innovation has the three national winning team profiles:

After the last touchdown…

We want to thank everyone who participated in SportsHack 2015 in Halifax, from the teams that spend a furious weekend fuelled by pizza and Redbull to our judges Julia, Gord and Shaun and especially our regional sponsor, GOALLINE. The weekend was the first hackathon in our new space and we call it a resounding success! Can’t wait for next year’s sports challenge!

Looking for another opportunity to flex your programming, coding, design, development and overall-tech skills? Global Game Jam is coming to Halifax, along with over 500 other locations in over 78 countries! Last year’s Jam created 5,439 games in one weekend and this year, January 29-31, invites anyone interested to try their hand at making a game. See you there! 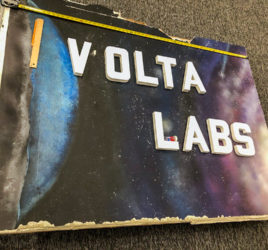 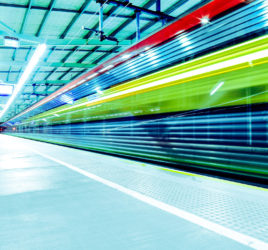 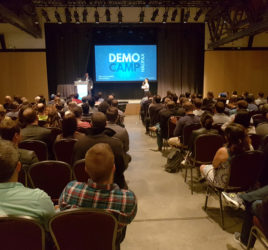