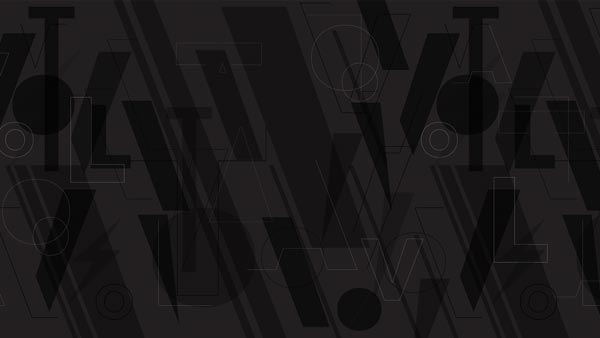 Charles F. Milton – CEO + Founder of Bursity.org – discusses his experience as a Black Founder, his experience working out of Volta, and offers some advice to others looking to embark on the journey to being a Founder of a startup.

What’s it been like working on Bursity, and what drives you with this venture?

Starting a business is never easy, no matter which industry you try to enter into. And education has its own unique hurdles. But from a mission and value perspective, Bursity has been the most rewarding thing I’ve done to date, all likely due to the fact that I’m actually working on solving a problem that I’ve experienced first hand. I’ve learned so much about the systemic hurdles and socio-economical factors that marginalized students face, particularly racialized students and those of colour, and how this affects our ability to plan and prepare for post-secondary education. It’s saddening to know that across North America, students of African descent end up spending twice as much as their counterparts in the long term, for the same education, due to all the factors surrounding their need to balance tuition with other, pressing day-to-day financial responsibilities.

What have you accomplished with Bursity so far, that you are most proud of?

To help combat the inequities marginalized students face, we built our MVP, and initially launched exclusively to members of the African Diaspora, in August 2020 as an immediate response to the reemergence of the Civil Rights movement (Black Lives Matter), in 2020.  Through this, Bursity provided access to over $450-million in awards opportunities across Canada and the USA, connecting students to nearly 50,000 scholarships from coast to coast.

What’s it like being a Founder of colour in Halifax?

I have recently learned that I am one of Nova Scotia’s only technically trained, domestic black SaaS founder’s in the last decade. This is speculated based on an Entrevestor article published in June 2020, which stated that of the 554 startups founded in Atlantic Canada since 2010, only 0.7 per cent have had a domestic Black Co-Founder or CEO, across the four Atlantic provinces. As much as I think this could be viewed as an accomplishment, for me, it is a lonely place to be, and a heavy burden. This is a big issue for me, particularly, because although I was born right here in Halifax, I actually grew up out of province, and only came back just over a decade ago. That, to me,  suggests that Nova Scotia isn’t the type of place where someone who looks like me grows up with the mentality that what I am currently doing is something that we are capable of doing – often, repeatedly, and well. It suggests, to me, that people like myself don’t view it as a viable option and that mindset, and the environment that creates it, is problematic. As a result of this, I’ve been more actively advocating for the creation of access and resources to help Nova Scotia’s young Black business community understand that the world of technology is a place that we can play, and belong in, just as much as anyone else.

Today, I’m happy to call Volta my home in the Atlantic Startup ecosystem, but I didn’t always feel that way. I remember a time when I felt like the outsider walking through these doors. I mean, yes, it was apparent that I was the only Nova Scotian of colour in the room, but the discomfort for me was even greater than that. I’ve dealt with some undue prejudice from different individuals throughout my years here in the ecosystem – from lack of representation in pitch competitions after multiple applications, to being labeled as a mysogonist based on my beliefs as a practicing Muslim. And, if we are being honest, these things can affect how a person feels when trying to be involved and take part. But I am really happy to say that is no longer the feeling I get coming in as a Volta Resident. Even through the pandemic, the Volta team went above and beyond ;here has been a lot of positive change and initiative, as Volta really gains new footing. It’s become a much more welcoming, proactive, and understanding space. Overall, with the team and culture that’s in place, it’s headed in the right direction.

Why do you do what you do, as a Founder of colour in Halifax/Atlantic Canada?

More than anything, I want the future generations of coloured youth who aspire to build something, to know that they can build it. I want them to know that we come from a legacy of creators and inventors, who though maybe they go unmentioned, have contributed to the very fabric of modern day life – whether it’s something as simple as the mailbox or the street light, to the very basics of the Internet, like touch-tone phone, fibre optic cables, or the first personal computers. Things that affect our daily lives at the core – I want them to know, these are Black-led inventions.

Do you have any advice you would give your younger self or others who want to embark on this path?

When you are first starting out in the startup world, it seems like everyone is an expert except you –  even though sometimes not everyone has actually walked the path that you are walking. So, I’d say it’s important to take advice where you can find it, but know how to filter what is and what isn’t applicable to your individual situation, relating to your personality, your industry, your business model, or whatever it may be. I’d also say, “Be a maverick. Do something different. Stand out, and move against the current and the crowd. The truth is, it’s not going to be easy. But in the end, it’ll be worthwhile.”