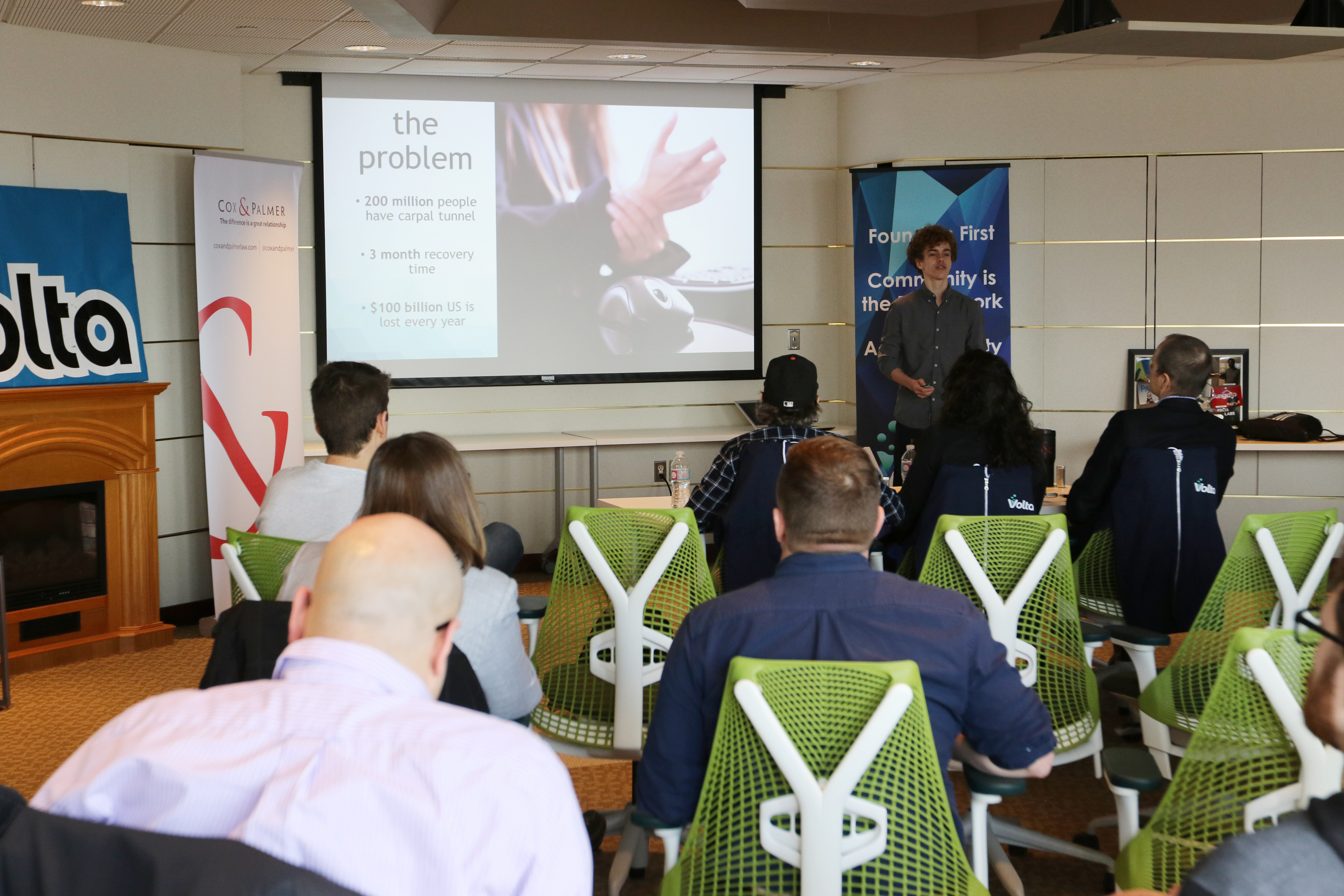 Everyone had incredible ideas that could change the world

“I was watching entrepreneurs pitch ideas that could change the lives of aboriginal communities and energy performance for wireless companies, and I felt like my seat had transformed into something much greater. The honour I felt, to be a part of the pitch competition is one of the biggest accomplishments in my life. Everyone had incredible ideas that could change the world. That was the best part, to hear all of these incredible ideas,” Connor Kirby, the winner of the last Volta Pitch Competition, powered by Cox & Palmer, recalls.

He was pitching the idea of completely revolutionizing the standard computer mouse to a camera sensor product that requires no extensive wrist movement for individuals with carpal tunnel to a panel of judges, and what felt to be a large crowd.

Connor, at just 13-years old, had what it takes to win the pitch competition. The “Vouse” originated in the form of a bracelet that would track movements and aid you in right clicking and navigating your computer system. It has transformed into a retinal eye reader that allows the cursor to move across your screen and uses programmed movements for mouse functions.

Through consumer feedback and other testing, Connor’s product is progressing and changing to fit the marketplace. 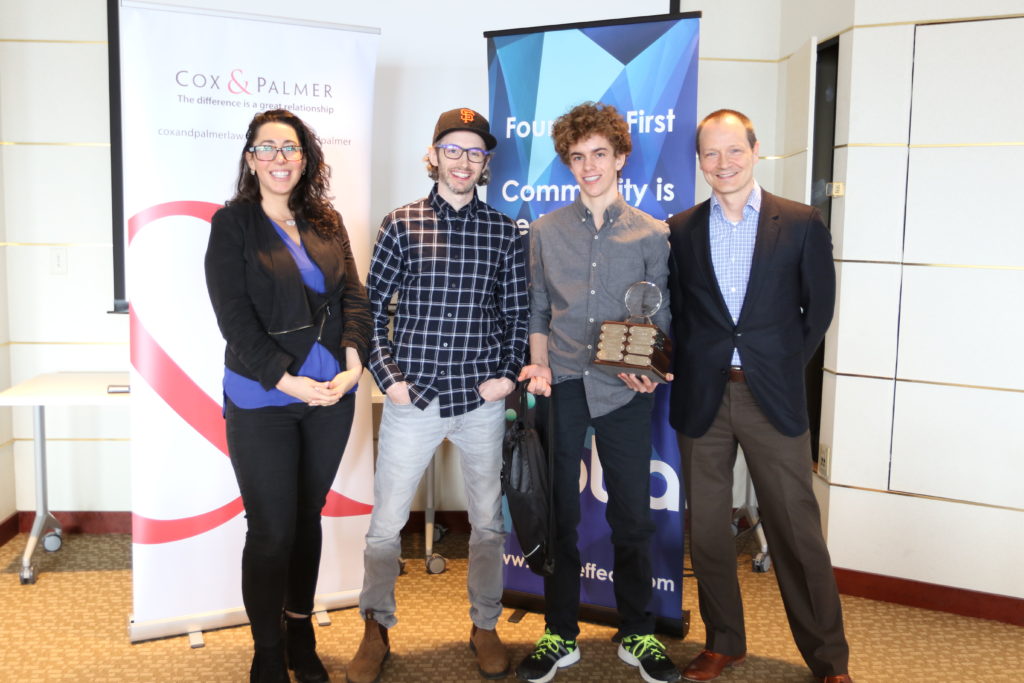 Cat Adalay, Connor’s neighbour when he was growing up, was a few years older than him, and is into coding and design. With multiple projects on the go, she included Connor, and often taught him coding or relevant knowledge related to technology.

“Through her, I was exposed to technology,” he explains.  “The hands-on component triggered my passion towards engineering technology. I’m terrible at instructions, and I figured hands on was the way to go.”

Cat was doing some work with Thinking Robot Studios when the idea sparked. Connor had already evolved the idea before he was presented with the opportunity to pitch.

Connor has spent his time around many entrepreneurial minds. However, when his desires of furthering his products came into sight, and he joined Dalhousie’s Collide program, Connor’s dream became a reality. Through Collide, he met many like-minded individuals and was presented with many opportunities and challenges, one of which was the Pitch Competition. 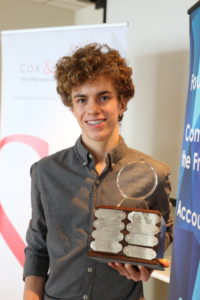 “Pitching my product as young as I was in a field that was far beyond my knowledge and experience was the trickiest part of preparing for the Pitch Competition,” Connor tells.

“Collide helped me prepare my pitch and grow the knowledge behind my product. The hardest part was the total and utter lack of knowledge and experience, which caused me to work twice as hard to pick up the skills that are necessary to pitch my product and develop it.  I’ve never been more challenged in my life,” he continues.

“I would do the competition over again, and I would recommend it to anyone that is interested in this area. But if I could do it again, I would talk to people. Had I known how willing people are to help you further along in the process, I would’ve talked to as many individuals as I could. From a short conversation, you can obtain a wealth of knowledge and just simply learn.”

Want to know more about Connor? Check out this article!

To apply or learn more about the Pitch Competition
powered by Cox & Palmer, visit www.voltaeffect.com/pitch