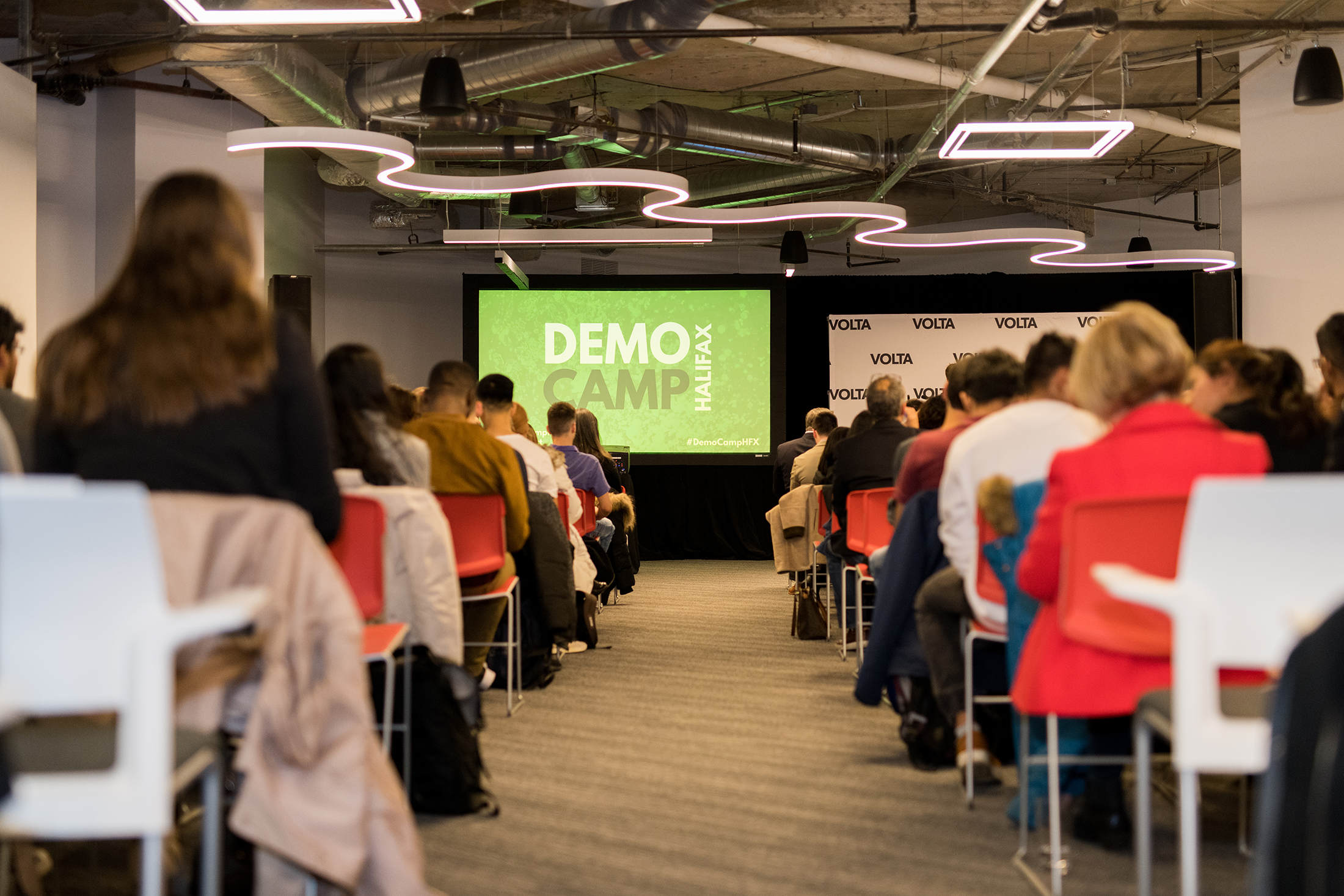 Since its beginnings in 2011, DemoCamp Halifax has been home to product demos from some of Atlantic Canada’s hottest startups. In 2014, local startup and Volta Resident, Harbr demoed their platform that provides data analytics for construction companies. Last year, Volta Resident, Trip Ninja showed the DemoCamp crowd their product that allows flexible travelers a new way to find the most affordable route on their multi-city trip.

This year’s DemoCamp Halifax featured live demos in our new event space. We saw six Atlantic Canadian tech startups from a variety of industries demo for five to eight minutes in front of over 100 startup community members.

DemoCamp Halifax is an event for the regional technology and startup community to come together and share what they’ve built as a live demo (no PowerPoints), give each other feedback, learn from speakers and connect with one another.

The concept for DemoCamp began in Toronto when organizers, David Crow and Albert Lai wanted a casual monthly gathering for designers, developers and entrepreneurs to connect and show off the interesting products they were working on. The first DemoCamp was in December 2005 at the Bubbleshare offices in Toronto. Toronto’s DemoCamp has since grown from the original 28 attendees to over 300 at more recent events.

DemoCamp was brought to Halifax in 2011 by Milan Vrekic, former Executive Director of Volta and a serial entrepreneur.

Who demoed this year?

Interested in learning more about Atlantic Canada’s innovation ecosystem? We’re hosting another great event for the community on November 5. Join Volta, the Rideau Hall Foundation and Canada’s Innovation Space for Innovate Atlantic – a one-day innovation focused conference in Halifax. Join us to be inspired, connect and challenge your innovative mindset.

Use promo code “Innovate18” for $250 off general admission.