For anyone who strives for efficiency, it is extremely frustrating to be slowed by cumbersome processes and dated techniques.

This is especially true for scientists, whose research begins with a hypothesis, and finding a way to test and fund it, before going out into the field to collect essential data. Then, begins the long and tedious process of digitizing and analyzing the data, all with quality control top of mind.

“That process is so tedious and so slow, and when you’re in the field, collecting data, you’re still handwriting it,” Dr. Christine Ward-Paige, founder and CEO at eOceans, said.

“You’ve got a pencil, paper, and a GPS unit, and you’re writing what you’re seeing – the longitude, latitude, time and observations, over and over. Then, you have to digitize that data, often trying to decipher messy handwriting recorded on a rocking ship.

“It’s super time-consuming and very error-prone, and often, our findings are essential for the oceans and society – so delays in discoveries may result in species extinction or the end of a fishery.”

Ward-Paige spent more than 20 years leading local, national and global marine research projects and publishing her findings, all the while, waiting patiently for a tool to be created to streamline the process.

“I was frustrated as an academic because there wasn’t any software to help me do my research. Every time I had a new research project, I had to reinvent the wheel,” she said, adding that for each project, she would spend an exorbitant amount of time combining features of Zoho Surveys, Survey Monkey and other platforms to effectively gather data and analyze it.

That lengthy timeline doesn’t even consider how long it takes to write, publish and share scientific findings.

“You’re measured based on the number of papers you produce and the impact of those papers – those are tasks that need to speed up,” Ward-Paige said.

She recalled that early in her career, when she was working on her Masters degree, she led research projects overseas and would regularly meet locals who were extremely familiar with the waters she was studying; they were often quite eager to share their data with her team.

“I felt like I was just wasting my time; everywhere I went, there were local people that knew the ecosystem like the backs of their hands and here I come as an outsider to study their ecosystem,” she said. “Every dock I went onto, they’d say, ‘Oh, you need my data for this reason or that reason.”

Then, when she was working on her PhD, her advisor noted that divers may have some interesting insights into shark populations. It was a suggestion that pulled her out of her very narrow PhD focus, and further expanded her view of data collection and the role of citizen science.

She continued to lead marine research projects, and in 2013, launched a website called eOceans to raise awareness about the role of citizen science for World Oceans Day. She picked away at it in her spare time, and treated it like an ongoing academic, scientific research project.

“The thing is, with science, every project collects data for a specific purpose, and so, by doing all of these different projects on national and global scales, I could see that the process is all the same. Creating a scalable, online platform made sense,” she said.

“In that time period, other scientists, citizen scientists, non-governmental organizations and industry
professionals were asking, ‘How do we start our own project?’ or asking me to consult on their projects, but I could really only lead one to two projects at a time.”

Eventually, with a full-time job as a researcher, a young family, very early mornings on eOceans and travelling for work, it was time for a change.

“I had been thinking about this for so long and really felt like, ‘I have to do this.’ When I was working other jobs, I thought, ‘I’m a scientist – I’ll let someone else create this – and nobody was. People were creating parts of it, but not very well,” she said.

“Finally, it was like, this is my area of expertise: I have 20 years experience and I’m one of the first people in the world to do a phD in crowdsourcing ocean science. I have a lot of experience, and integrating that knowledge into the backend of the platform – so that it’s still easy for everyone that’s using it on the frontend, and also making that expertise available to anyone and everyone that needs it – that’s the whole point of eOceans.”

Ward-Paige wrapped up her existing research projects and decided to dive into eOceans full-time.

First, she contacted the Centre for Entrepreneurship Education and Development in Halifax, and enrolled in Volta Academy, an 11-week training program that takes future founders from big idea to viable tech startup, to learn as much as possible about starting and running a business.

“Volta Academy was really helpful for breaking it all down and then trying to figure out how to build a scalable, concise product – it has to be concise,” she said. “We’re working really hard on the whole process, to rethink and automate the workflow of ocean science, from the time you’re in the field to the time you’re submitting to publication. This includes digitizing data and making it as accurate as possible, but also collaborating across large and diverse teams in real-time and having a good estimate of errors around each data point.”

She added that the biggest benefit for her with Academy, was learning how to talk about eOceans as a product for everyone who interacts with the world’s oceans, instead of a tool she was building for herself, the scientist.

“eOceans is for me, but it’s also for others. I’ll use the platform for my own research, in the field and for crowdsourcing, but it’s really for all marine biologists, managers, and maritime businesses and the tens of millions of ocean explorers that want to have their experiences considered in ocean and management decisions,” she said.

She added that being her own potential customer has been invaluable to the development and focus of the software.

Ward-Paige pitched at Volta Cohort in May 2018 after completing Academy, and  received $25,000 in investment, work space for a year and access to Volta resources and training.

A year later, she became a Volta Resident company, and has since presented eOceans at Pitch@Palace in Halifax in March 2019 and successfully went on to represent Atlantic Canada in the semi-finals in Toronto in May 2019.

Mid-2019, she hired her first employee – a number that is bound to grow, as eOceans is now in the testing phase. She demonstrated how her software works during Volta’s DemoCamp event in October 2019.

Ward-Paige is also in Volta LEAP, an accelerator-readiness program that prepares founders as they go from early stage to growth stage.

“Coming out of academia, where there weren’t any mentors or supervisors at the time that had business experience or entrepreneurial interest, the only route in academia was more academia – as faculty, for example,” she said.

“… So when I learned about Volta, that was just awesome, and being able to create a pitch that people understood and could get excited about what I was doing was really uplifting and has driven me forward. I haven’t looked back at all. It’s like, I have to do this, and the support that I’ve felt through the Volta community is incredible.” 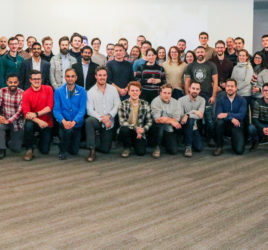 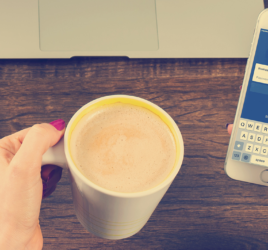 Getting serious about social media marketing 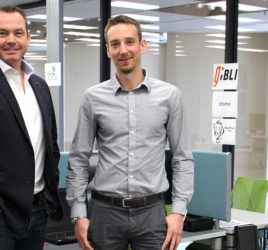