Volta - Mastering the Art of the Pivot 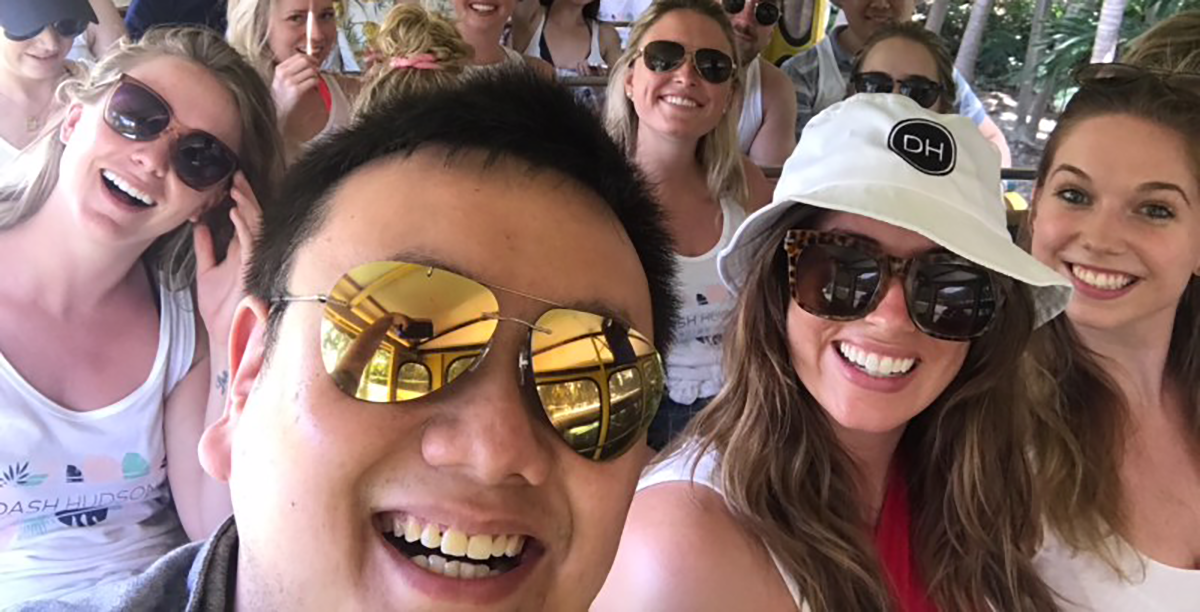 Mastering the Art of the Pivot

Our community is filled with innovative founders and professionals who are creating amazing content and sharing inspiring stories based on their experiences in the technology sector. As tech founders and professionals, there is a lot we can learn from the trials and tribulations they experience on their journey to success. In this blog post, originally published on Build Venture’s website, Volta Alumni Founder and valued Community Member, Katelyn Bourgoin learns how Volta Alumni Company, Dash Hudson “launched (and killed) four products in two years and lived to tell the tale.”

If you’re an early-stage startup founder, a successful pivot story is much like a modern-day fairytale. It’s got all the right elements—heroism, suspense, and near-death encounters.

Most companies that attempt a pivot will die on the battlefield. They’ll put up a good fight, but eventually, their time runs out and they’re quickly forgotten.

Yet, every so often, a legend is born…

Groupon started as The Point—a crowdfunding platform for social causes.

And, then there’s Dash Hudson. Granted… their fairytale ending is still in the works, but they’ve been on one helluva journey.

By late 2015 the Dash Hudson team had launched and killed four products.

By late 2015, they had four months of runway in the bank, a shiny new product ready to sell, and just ONE more chance to get it right.

Well, as the legend goes, they did it.

Dash Hudson pivoted one last time, becoming an analytics and insight platform for brands who sell through Instagram. It was a runaway success.

Today Dash Hudson is trusted by the world’s top brands and publishers like Glossier, Vanity Fair, and GQ. They’re hailed as one of the fastest growing tech companies in Canada, and they’re hiring new talent as quickly as they can find it.

I sat down with Thomas Rankin, co-founder and CEO of Dash Hudson, to hear their story.

I wanted to understand how they were able to launch four products in two years and live to tell the tale.

Thomas opened up about the ups and the downs of their journey. He shared lots of golden nuggets and behind-the-scenes details that few people know.

Several dominant themes emerged from my conversation with Thomas. If you’re considering a pivot, below are a few hard-learned lessons from Thomas Rankin.

Lesson 1: Run a good business from day one

“In the really early days, we kept it super lean and we leveraged everything we could.” ~ Thomas Rankin

As a CPA and former venture capitalist, Thomas understood the importance of managing cash flow. He’d watched other startups burn through their investment money too quickly and was determined not to make the same mistake.

“We tried to run a good business from the very beginning,” says Thomas. “I think a lot of startups don’t start off as good businesses.”

“We’re always conscious of economics in terms of how much of we get out of our investments,” explained Thomas. “It doesn’t mean being cheap. It means being focused on value and strong economics.”

“From the very beginning, we always had a board, even when it was just me and Tomek,” says Thomas.

“We always kept that cadence even if we didn’t meet . There was a board deck and record of accountability.”

Because Thomas knew what a ‘good business’ looked like and was carefully tracking their progress, he also knew when Dash Hudson’s early business models weren’t working, which is a nice segway to the next lesson…

Lesson 2: Own your numbers

“Good or bad, own your numbers. Have them on a dashboard even if they’re depressing. Even if it’s all zeros, it better be on a dashboard.” ~ Thomas Rankin

Few teams survive a pivot. It takes guts to kill a product that’s gaining traction in favour of an unknown, potentially better future.

Dash Hudson was able to sustain several pivots because they partnered with investors who believed that Thomas and Tomek would make it work (and ponied up capital when needed.) That kind of trust is hard-earned.

“The data is always out front. It’s always real, and we always speak to the good and the bad in the data. That just buys you a ton of credibility from your investors because they know that you’re trying to do the right thing.”

Thomas knew what numbers they needed to hit because he’d done his homework. He studied the top performing companies in their category and benchmarked their growth goals against those businesses.

“I just look for best practices—like I’d read blogs, and see what the best companies measure—and those are the things we measure ourselves against. Even if you can’t necessarily always reach best in class, at least you know where the best companies are.”

Because they had clear targets, Thomas also knew when things weren’t working and he was quick to react.

“We just always believed in moving really, really quickly and learning as much as we could. When it wasn’t working we had the data to support the decision, we just really quickly shut it.” ~ Thomas Rankin

Dash Hudson moved fast, but they were also highly strategic.

“Each pivot was backed by some insight,” Thomas explains.

“You always need to be experimenting and trying new things. Being able to operate at speed is critical, and if you don’t have that, you’re at a serious disadvantage.”

By carefully following the data and market trends, Thomas was able to identify new opportunities—from using YouTube to fuel their early growth, to becoming one of the first Instagram shopping apps, to connecting brands with micro-influencers, Thomas and his team were always ahead of the trend.

When Thomas identified a gap in the market and decided to pivot, he didn’t waste time crying over their failed products.

According to Thomas, “You’ve got to put best efforts into trying to make something work. But, you’ve got to cut the cord really quick whenever you feel like it’s not going in the right direction because you only have so much life.”

Thomas knew where his market was going: brands understood the value of visual media, but they wanted to get more out of platforms like Instagram and Snapchat.

Despite making a lot of the right moves, it still took a few tries for Dash Hudson to figure out where they fit in the visual media landscape. Luckily, their early B2B customers were quick to tell them what they needed—better analytics—and Thomas was listening.

Lesson 4: Talk to your customers

“Long story short, we raced to product/market fit, by talking to as many customers as we could.” ~ Thomas Rankin

By early 2015, Dash Hudson had pivoted to a B2B marketplace to manage Instagram influencer campaigns. They hustled to build a great product and started partnering with some powerful brands and big-name influencers.

Thomas rustled up lots of media attention and Dash Hudson began steadily growing. But Thomas knew that the product needed something special if it was going to be sticky. That’s where the idea came from to build out a custom analytics dashboard for Instagram.

In the beginning, the analytics dashboard was just one feature of the product. But, it didn’t take long for Thomas to recognize that they’d hit on an even bigger opportunity.

“The more we put it out there, the more we realized that people didn’t want the influencer marketplace, or they were just ‘blah’ on it,” Thomas explains.

“But as soon as they saw the analytics, they were like, ‘Oh, my God.’ It became very clear that we were selling analytics and insights.”

Thomas and his team had finally zeroed in on their sweet spot, but success was still far from guaranteed. They needed to act extremely fast because their runway was getting shorter.

Thomas emailed a few of the smartest brand managers he knew with a simple question: what are the top five things you would want in an Instagram analytics dashboard?

He collected their responses and those features became the specifications for Dash Hudson’s analytics dashboard.

“The product was really built by three or four people,” Thomas explains.

Their team finally knew what they were building, but getting the business model right was another story.

Thomas knew they needed to talk to as many customers as possible if they were to reach product/market fit before their funding ran out. He took a big gamble and decided to hire two new team members. Having grown to a six-person team, Dash Hudson spent the next few months interviewing customers and rapidly refining their product and sales pitch.

“We had to speak to two or three hundred customers before we got pricing right,” says Thomas.

The bet paid off. It was working…finally.

After four death-defying pivots, Dash Hudson now firmly owned their place as one of the world’s leading analytics and insights platforms for visual media.

From startup to scale up

Today Dash Hudson is one of the fastest growing startups in Canada. They’ve tripled or quadrupled year after year, and they show zero signs of slowing down.

Dash Hudson recently announced their new product, Vision. Vision is a visual intelligence platform that analyzes a brand’s photos and makes real-time recommendations on how to increase ROI.

“We’ve signed up to grow this company,” says Thomas.

In closing, I asked Thomas what advice he’d give to a team that’s considering a pivot. His answer is an important reminder for every startup founder…

“Trust that you can do something that’s different from what you’re doing today. Nobody’s going to care that the thing you did before sucks. It’s totally fine. You can make that part of your story.” 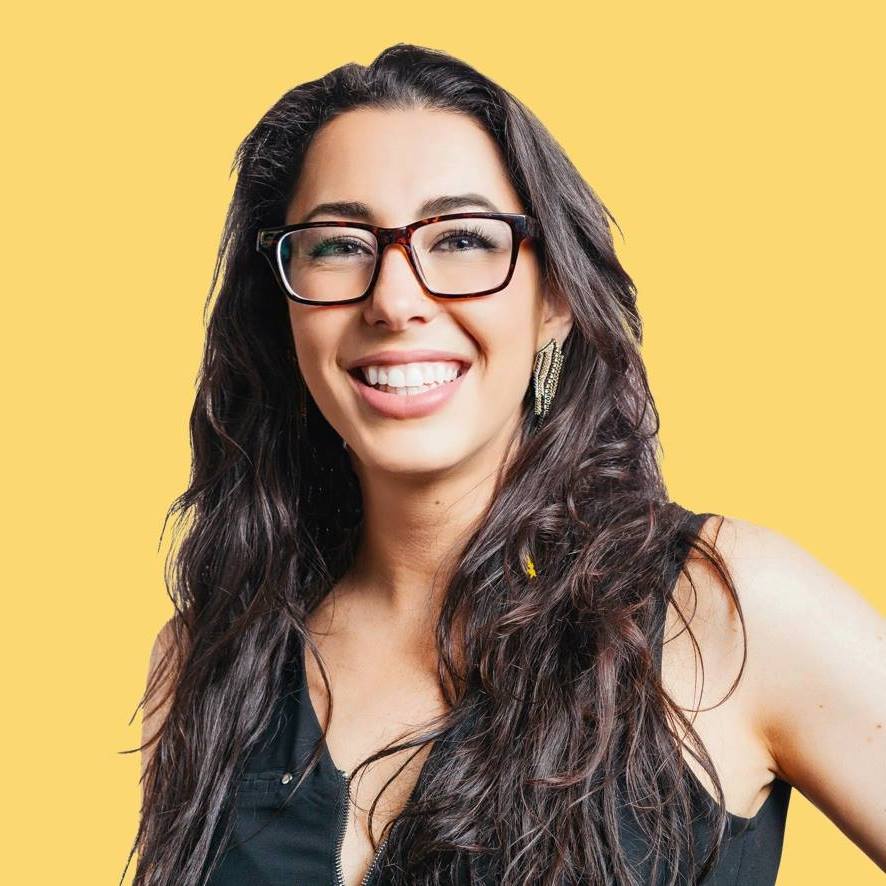 Katelyn Bourgoin is a 3X founder turned growth geek. With experience spanning the marketing, tech and hospitality sectors, Katelyn’s entrepreneurial journey has been a rollercoaster, to say the least…

She was named as one of Nova Scotia’s top 10 young entrepreneurs in 2012, she sold her first business in 2013, she was named an influential entrepreneur by Forbes Magazine in 2016, and, in 2017 she made the difficult decision to close down her venture-backed tech startup after 3 years in operation.

With vast experience as a marketer and product designer, today Katelyn works as a growth strategist. The majority of her clients are early-stage tech companies.