Poverty is an issue that affects all of us, but it disproportionally affects those who live it every day.

In Halifax, more than 50,000 residents currently live in poverty. That’s about one in seven people making less than $18,889 or a family of four making less than $37,778 for a family of four. Women, lone parent families and newcomers are among those who struggle the most. However, poverty is about more than income – it’s a lack of choice of where to live, what to eat and whether or not someone can fully participate in their community. It’s a complex problem that requires creative solutions.

Some of Halifax’s best and brightest innovators have taken on the challenge of poverty and are changing lives in our community every day. The Harold Crowell Social Innovation Awards recognizes the thoughtful, resourceful and inspiring initiatives these individuals have developed to improve lives in Halifax. A common ingredient with this year’s finalists is the idea to create pathways to possibilities.

When the Halifax Assistance Fund engaged United Way Halifax and Volta to partner on the Harold Crowell Social Innovation Awards one of our goals was to enable learning and connections across sectors, and by doing so, inspire an active culture of innovation that has meaningful impact and helps tackle complex social issues like poverty.

Read more about each and how they plan to change lives in our local communities.

The Mobile Food Market is a cross-sectoral social enterprise that began in 2016 as a bus bringing affordable produce to five communities across HRM. The intent was to serve “food deserts” – areas that lacked access to healthy, affordable food. The market has changed and grown since then, connecting with community members to offer three food delivery models in 12 locations.

One reason the Mobile Food Market has become so successful is the collaboration between people and organizations. Aimee Garparetto, Senior Food Coordinator for the Ecology Action Centre, has been involved with the Mobile Food Market since its infancy. She quickly realized the relationships and community connections she was making were doing more than just getting food in the hands of people.

“What we are able to offer is just so much richer,” said Aimee. “People can shape what food access looks like in their community, not just now but in the future.”

Dacia MacDonald began working with the Mobile Food Market through her role with the Keshen Goodman Library in Clayton Park.

“The library is going outside the traditional four walls,” said Dacia. “We’re meeting people where they are, connecting them to many resources they need, not just books.” 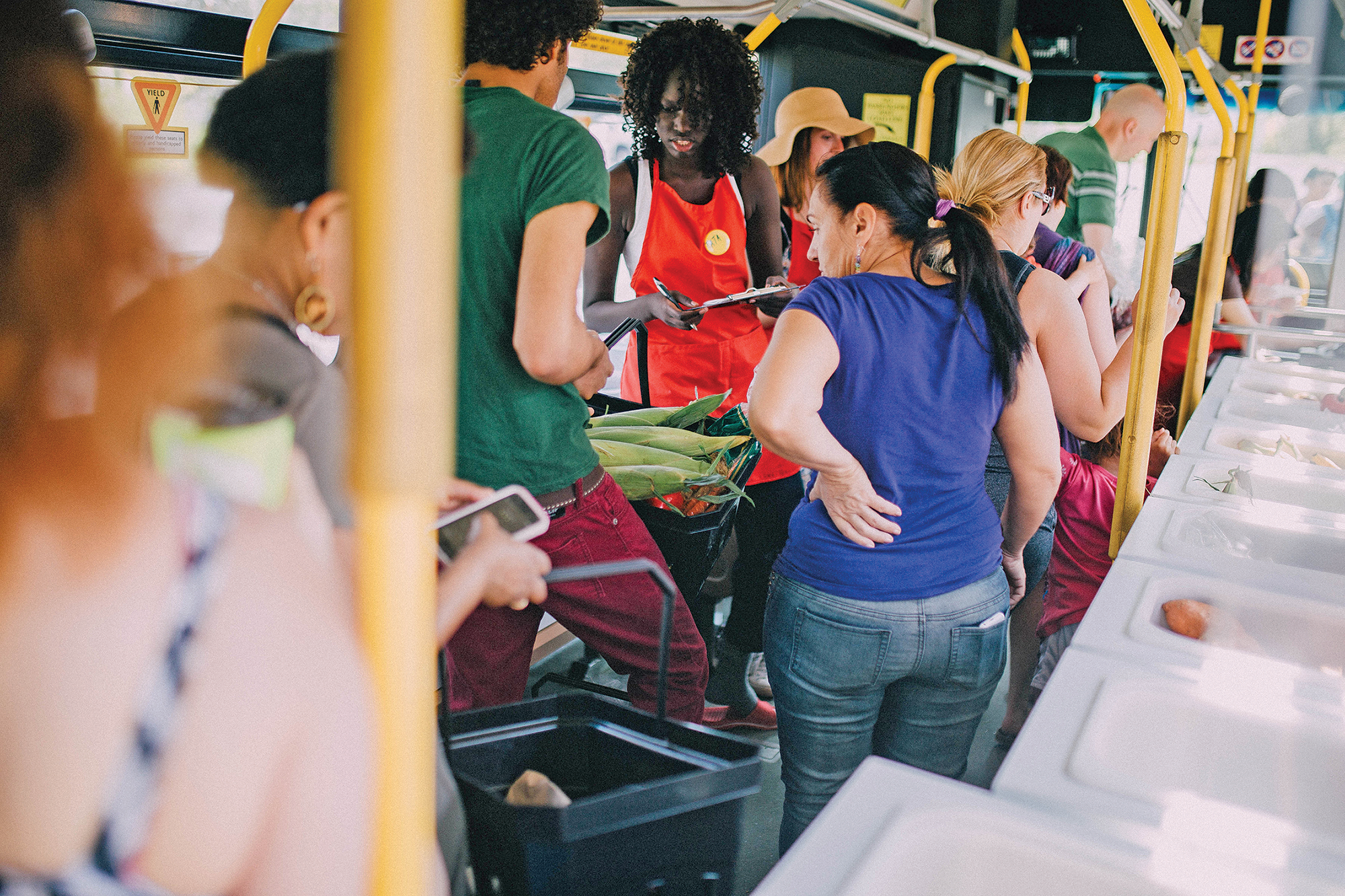 In the case of the Mobile Food Market, these resources include a mobile library, free wifi, and books, games and activities. Often, they’re showing people how to use ingredients people can buy at the market, making it more likely that people can use the ingredients they purchase.

For John Hartling, Program and Business Development Manager at Stone Hearth Bakery, the opportunity to sell Stone Hearth’s bread through the Mobile Food Market was an obvious win-win. They are always looking for new bread-buying customers, and it was a great opportunity to get good quality, healthy bread to people at a reasonable price. It’s not lost on John that some of Stone Hearth’s program participants are likely also customers of the Mobile Food Market. He sees himself as an innovator, and believes social enterprise can be part of the solution.

“We’re trying to meet a need in the community, but we’re doing it in a sustainable way, and keeping things as local as possible,” says Hartling. 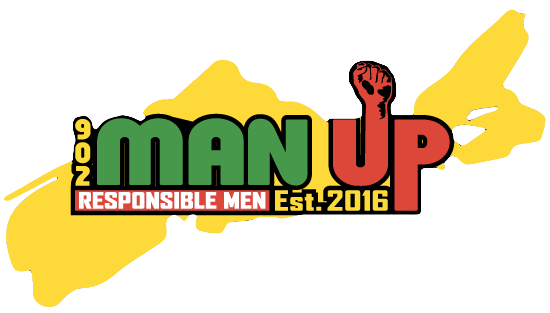 In 2016, young black men in Halifax were making headlines for the wrong reason – violence. The community was hurting, and Marcus James felt there needed to be a change. He called on the older generation of black men to come together and figure out what they could do spark change in young men growing up.

In the beginning, the conversation was hard. Violence brought them together, but they quickly realized that other issues including unemployment, education, mental health – were not being attended to. Marcus used his role in community engagement at the Halifax North Memorial Public Library to reach people and to encourage positive actions to counteract the negativity.

Since then, 902ManUp has given young men opportunities to give back to their community and to see their neighbourhood in a different light. “We don’t make promises,” Marcus says. Many of the young men in the community have been let down by the system and have fallen through the cracks. Activities like neighbourhood basketball games, barbecues and school supply drives give them something good to do, where community members see them positively too. That motivates Marcus to keep going.

“When they can see that they have options, they can change,” said Marcus.

The community of Spryfield has challenges which are not unlike other communities facing poverty. However, what is unlike other communities is the way they’re working together to address those challenges. ECHO, is a network of agencies and organizations in the Spryfield area that connect regularly to share information. They began a Diagnosing Poverty pilot in 2017, inspired by an ongoing project in Toronto. Based on knowledge from the core determinants of health, physicians ask their patients two simple questions about their financial situation. Based on the answers, they might refer them to ECHO to get connected to services. Tara Kinch is the support worker from ECHO who receives the referrals. Since she began last November, she has connected 210 community members to services – some as simple as filling out forms, some with complex needs that see her connecting them to multiple services. No two people she sees are the same, and often people have experienced trauma or have mental illnesses or addictions. Tara meets people where they are, treating them with kindness and compassion. “We always say, every door is the right door – no matter which ECHO organization you walk into, you’re going to get support.” Tara is amazed by the resiliency of the people she sees, people who often have large barriers to overcome. “This work is game changing. I’m proud to use my voice to advocate for people whose voice has been ignored for so long.”

This blog is was published on behalf of our community partner United Way Halifax. 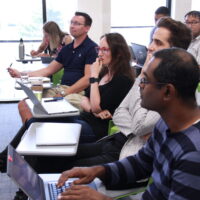 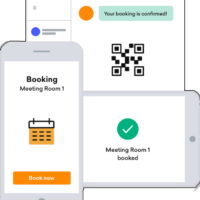 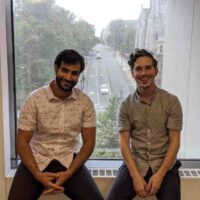 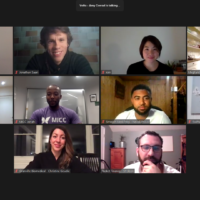