Volta - Engaging youth and newcomers in the innovation economy 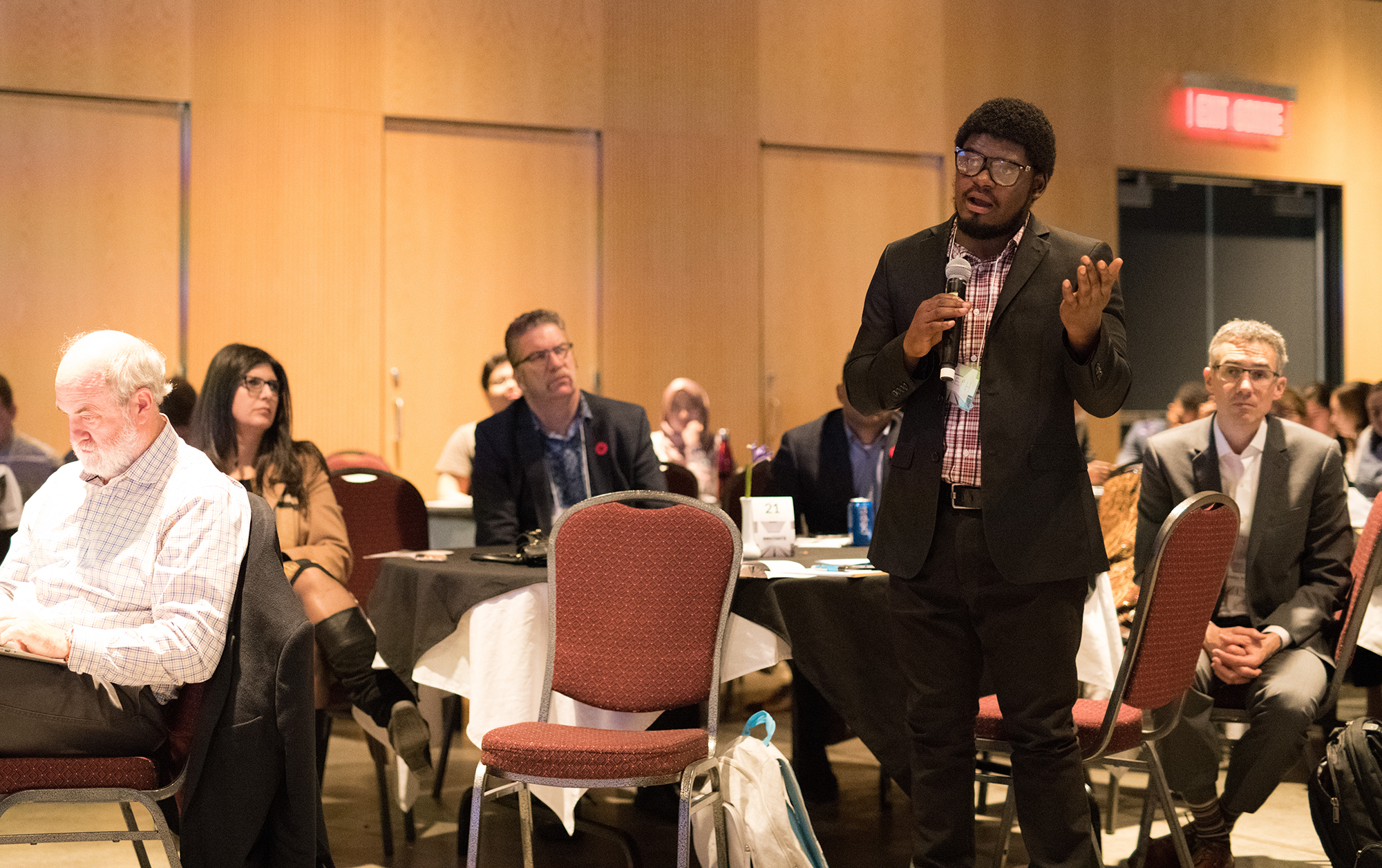 Engaging youth and newcomers in the innovation economy

Atlantic Canada’s youth and newcomers have a few unique similarities: they infuse our communities with creativity and diversity, and are critical to our region’s future growth and prosperity.

But unfortunately, emphasis on youth and newcomers in Atlantic Canada has often focused on the negative impacts of outmigration and poor retention rates. Instead, it should focus on how we can enrich the experiences of our youth and newcomers to generate awareness of opportunities, develop transferable skill sets, and inspire a genuine enthusiasm about participating in Atlantic Canada’s innovation economy.

Our ecosystem is evolving, and Atlantic Canada’s population presents a challenge and an opportunity when it comes to growing our innovation economy. The region’s aging workforce means there will be less people contributing to the taxbase, and this will undoubtedly result in a major strain on public services and government programs aimed at spurring innovation. A dwindling population also means there is a shrinking talent pool for the innovation-driven enterprises that chose Atlantic Canada as their homebase.

According to a 2015 report released by the Halifax Partnership, over the past 20 years, an average of 1,300 more youth leave Nova Scotia each year than arrive. The report suggests that if the province retained 1,300 youth, they could “provide $1.2 billion in after-tax income and $46.4 million in tax revenue to the province (after expenditures)” over the course of their lifetime.

Nova Scotia is not alone when it comes to population problems. Statistics Canada reported an estimated population decline of more than 3,800 in Newfoundland and Labrador between the first quarter of 2018 and the first quarter of 2019. A report commissioned by the government of Newfoundland and Labrador found that of the 3,460 suitable survey responses, 51 per cent said they left the province for employment opportunities.

New Brunswick is making progress on population growth; the province added 4,000 people between 2018 and 2019, bringing the total population to more than 770,000. But, even with this growth, New Brunswick ranks second from last among the 10 provinces, and is one-third of the national growth rate.

Prince Edward Island’s population challenge does not lie in growth – the province has the fastest growing population in the region with a reported two per cent growth rate year-over-year. But instead, the trouble with P.E.I.’s population is grounded in retention. According to a study from the Atlantic Provinces Economic Council, based on data from 2011 to 2016, less than one in five immigrants that came to the province in 2011 were still living there five years later.

So what can Atlantic provinces do to address the social and economic implications caused by years of declining populations? Doubling down on our immigration and youth retention initiatives could serve as an excellent strategy to reverse the effects from the region’s population issues of the past.

With 24 post-secondary institutions in the region, education will play a big role in preparing youth and newcomers for participating in the innovation economy. However, engaging future innovators should begin far before post-secondary education. If we want the youth and young immigrants of today to be the leaders of tomorrow, we must start with mindset development at an earlier age.

Accomplishing this will take more strategic partnerships and collaboration between organizations and educators – all the way from kindergarten teachers to undergraduate instructors – to ensure our youth and newcomers are equipped with the knowledge and skills they need to better our future.

With just over 2.3 million people across the region, we are seeing Atlantic Canada embrace the idea of collective impact as a means of overcoming population challenges. The Atlantic Canada Immigration Pilot is one example of cross-provincial collaboration that is making a difference. The Pilot was launched in 2017 to help employers hire foreign skilled workers who want to immigrate to Atlantic Canada and international graduates who want to stay in the region after they graduate. The Pilot creates a pathway for newcomers to secure permanent residence in one of the four Atlantic provinces, while using their skills and gaining relevant employment experience in Canada.

Nova Scotia’s Sandboxes, for example, illustrate how cross-organizational collaboration can help elevate our students’ learning experience and inspire entrepreneurial thinking. The Sandbox project is a collaborative effort between several universities in the province and the Nova Scotia Community College; it helps students develop an entrepreneurial mindset to bring into any work environment with the support of mentors and advisors.

We know economic opportunity is created when more well-paying jobs are available – and research suggests that, for every one job created by an innovation-driven enterprise, there is a multiplier effect that leads to five more jobs created in the broader economy. We also know that youth and newcomers often decide where to live based on career opportunities. With this in mind, it is imperative that we encourage young people and immigrants to lend their talent, energy, and unique perspectives to heighten our innovation capacity as a region.

On September 26, we are bringing the innovation community together to discuss ways we can engage youth and newcomers so they, too, can contribute to building a stronger innovation economy in Atlantic Canada. Visit www.innovateATL.com to learn more.